Hi loveys,
We're back!  Pidg and I needed a week or so break from Same Difference since life got a wee bit overwhelming there for a sec.  But, we're back and ready to do this! 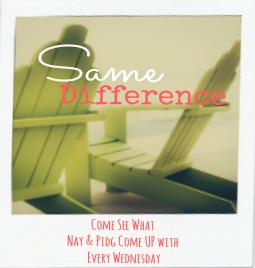 Just in case you forgot what Wednesdays are all about here and at PidgApeg, here' the gist of it:)
Pidg and I decide on a little theme to write about (okay, I usually pick the topic but it's only 'cause I'm a control freak) and then, well...we write.  Whatever we want and however we want...the only thing is we don't contribute to each other's posts and don't see the posts until they're published.
I like it because we can see our take on things - sometimes, they're pretty much identical and other times, hers are way better:)

﻿Back in the day...
Which for me was the early 90s or so
I was obsessed with making mixed tapes.

For you young'ns out there...there used to be these things called cassette tapes.
You could record music onto them.
There were two sides, so when the last song on Side A would finish, you would have to eject the cassette and turn it over for more music.
I know...wow, right?

But anyway, I thought it would be fun to make a virtual "mix tape" for today's post.  The songs are what I would've have listened to during the summer in my early 20s.

I would have had this on full blast in my room,
probably dancing and jumping on the bed and singing at the top of my lungs.
Or it would have been the tape I would pop in the car on the way to a party.
Brings back a lot of memories...a lot of them fun! 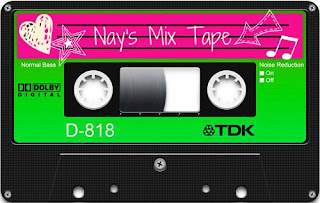 What would've been on your mix tape "back in the day"?

Now, go see Pidg and see what she came up with.
Unfortunately, Pidg couldn't partake in Same Difference this week,
but I liked my post too much to not publish it anyway...
See you next week!