I should preface this by saying that I'm okay.  I'm not in a bad way or feeling out of sorts.  But, sometimes, I need to write things out before it consumes me.  Sometimes I need to write the hard stuff, release it, and maybe, just maybe, someone out there needs to hear what I have to say.

I want you to know something:  If you have gone through what I am about to write, you are not alone.  Remember that. 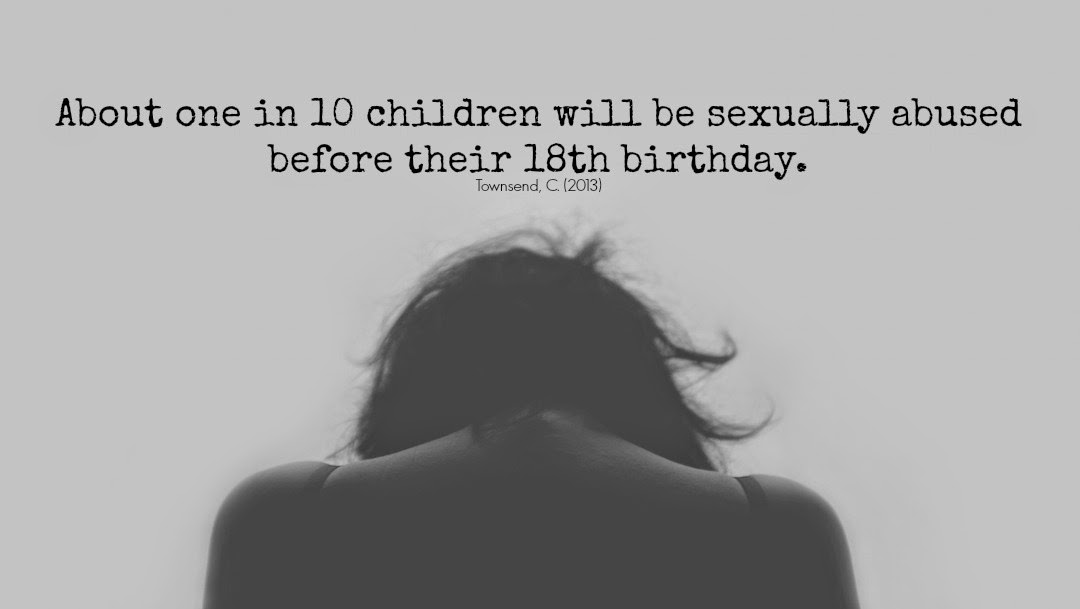 I was sexually abused as a child.  And, if I really accept the truth, I abused myself, as well, a long while into my twenties.

I remember exactly when it first happened.  I was sitting on my uncle's knee in my great-grandmother's bedroom.  I have no idea why I was in there, let alone why I was there alone with him.  I remember him moving his knee up and down and it felt weird - different.  I was younger than five.  I know this because I remember landing in Peru when I was five and thinking that they wouldn't touch me anymore.

See, I was sexually abused by my uncle and grandfather.  They didn't' do it together.  They probably didn't even know about each other.  The time frame overlaps and I just remember that my uncle started fondling me first.  I can't remember when my grandfather started.  I don't want to remember when it started, I just know it was always there.

My first sexual encounters were with these predators.  My uncle once took me out to buy a new radio one time and afterward took me to his apartment, I think, and laid me down and did things to me.  He knew he was wrong for doing it because he kept saying not to tell anyone.  Reminding me that he just bought me an expensive radio and to just lay there and be quiet.  I never saw his face that time, just the top of his head down there doing things I didn't understand.

My grandfather was always around, less than my uncle was, and I just thought that the way he touched me was normal.  I knew deep down it wasn't but I didn't really have any say on the matter.  He would take me to school in the morning, buy donuts for my classroom so that the other kids would like me, and before getting me to school, park the car and get his fix.  Right there, out in the open.  How did no one notice?  He would pick me up from school and do it again.  In his bedroom, in the living room, all the places.  Even an innocent trip to Griffith Park didn't give me a break.

How did no one notice when we would drive around town with his hand up my shirt or down my shorts.  He would always stop when we were at a stoplight, but didn't the other drivers notice?

What always makes me stop and think if I deserved it or enjoyed it, is that I would seek their attention.  When my uncle eventually stopped, I remember looking over at him across the dining room table at a family dinner wondering why it stopped.  What had I done?  Didn't he care about me anymore?  He stopped shortly after I was playing catch with him one day after school.  I told him if I caught the ball (or didn't? I can't recall), would he not touch me there.

My grandfather never really stopped.  Even after I told my teacher in seventh grade.  The teacher who cried the whole time.  Even after the detective would come visit me at school.  Even after my grandmother took me and her husband into our family van and said it had to stop.  She had had enough.  Apologize to your grandfather, Renee.  If your mother ever found out, she'll get nervous, Renee.

It didn't stop until I had to go away.  I had to move to different countries for it to stop.  At thirteen, I was free from the abuse.  But the effects had already set in.  I only knew how to receive love in one way.   I hid the way I would love myself...in bed.  When my father would come say good night and catch me and say good girls don't touch themselves, Renesita.  Don't do that, Renesita.

If the physical aspect of sexual abuse ended when I was thirteen, the emotional aftermath still carried on.

When I was a teenager, I'd kiss all the boys.  You want me to do that.  Okay.  You want my mouth where?  Sure.  You want me to talk dirty to you.  Why not?  High school was over and I was technically still a virgin.  At least I kept that intact.

I held on to that title for a long time.  But when it did finally happen, I felt like that five year old all over again.  I just laid there and was quiet.  I never enjoyed what I was doing.  But then, I noticed something.  Sex gave me a certain feeling of love I craved.

I would do anything the guy wanted.  When I think back on those years, I'm sickened.  The abuse never ended.  I didn't know what normal sexuality was.  The men in my childhood ruined that for me.  I ruined it for myself when I started realizing what was right and wrong in my older years.

My flashbacks would happen in the midst of a regular date with a regular guy.  The memories would hit me.  The anxiety attacks began.  I couldn't control what was happening to me, not when I was five, let alone when I was in my twenties.

But there is good that came out of all of this.  My life turned for the better once I accepted real love.  Once I found the guy who was right there all along.  The guy who didn't want to have sex with me until it was right.  The guy who made love to me - not for himself, but for us.  The man I married.

I don't know why I had to go through all of the abuse.  I rack my brain trying to figure out the reason.  There is no reason.  There are just evil people.  Those men didn't know what the effect of the abuse would have on me.  Even now, years and years later, how would they have known that what they did to me would change me forever.

The thing is, they didn't think.  They didn't care.

But I care.  I am product of what the abuse did to me.  I am stronger because of it.  Not the way someone wants to become strong, I know, but it reminds me that I can get through anything.  Hit me with your best shot.

You don't have that power over me anymore.

Labels: It Goes On My Story my truth On My Heart